After 7 glorious years living and working - aka playing - in the Alps, I moved back to the Highlands of Scotland in October last year, primed and ready for my first Scottish ski season.

Having spent the best part of a decade in France following a strict and quite wonderful annual routine of winter = ski then summer = bike/climb/hike/run, I had visions of long vertical adventures in the snowy Scottish wilderness and was excited to get stuck in.

Mais non. Basically there was b*gger all snow to speak of between December 2016 and April 2017, so my first winter back in Scotland turned out to be a total damp mcsquib from a skiing perspective. Despite this, it turns out that every grey, shitty Scottish cloud can actually have a silver lining (as long as you're relentlessly positive and take lots of Vitamin D).

The non-event that was the 2017 ski season actually forced me to get creative with my winter activities. Instead of having ski tunnel vision, I had to adopt a more panoramic approach and come up with new things to do on cold frosty days. Biking, climbing, hiking, and running were all dragged kicking and screaming from their warm nest of hibernation and right into the freezing glare and daily mix of stuff you can do outdoors in a Scottish winter. The basic premise was thus - 'yup, it's freezing and a bit crap out but if we don't go out and do something, we'll go flippin' mental'.

Finding the right gear for this wintry mission of mixed activities was absolutely key to avoiding toddleresque tantrums and one item has been a constant throughout - the Dynafit Elevation Polartec Alpha Jacket.

Without this warm, lightweight, weatherproof, breathable bundle of fluro joy, we may not have enjoyed our variety of adventures as much as we did - here's why: 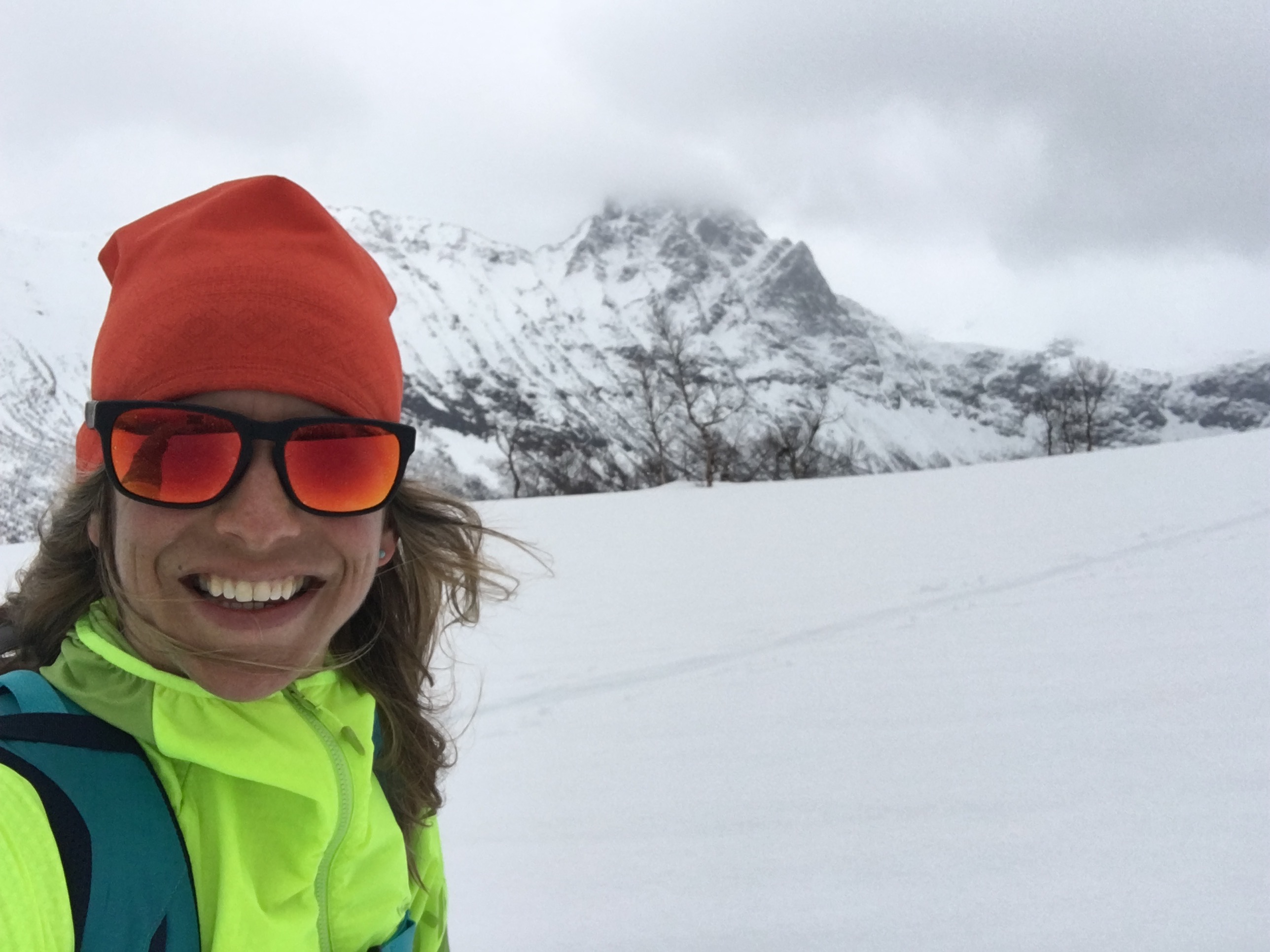 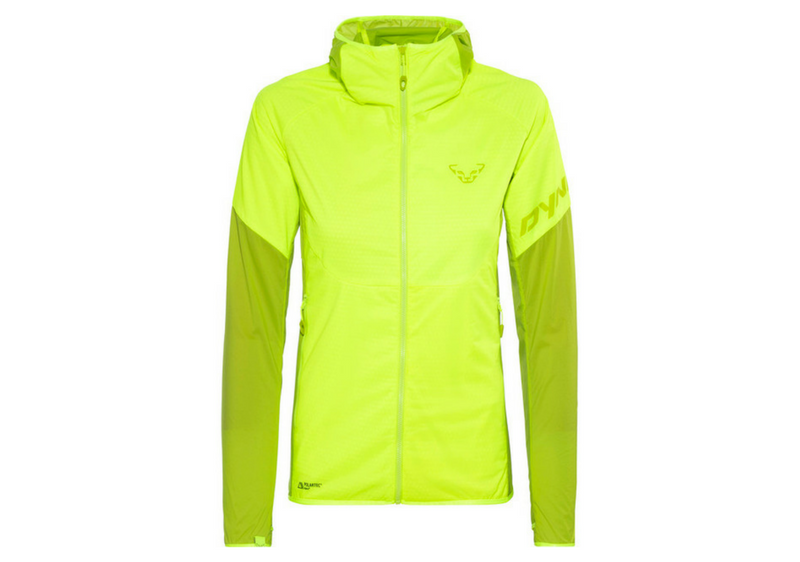 The Dynafit Elevation Jacket Is A High Output Specialist

If you're going to venture outside in the winter in Scotland for any considerable period of time then you're going to need to raise your heart rate. It can be cold, windy, and wet at the best of times and before you know it, it will be even colder, windier and wetter, so you'll need to be moving at speed to avoid the full unforgiving wrath of a winter's day in the great Scottish outdoors.

Moving at speed is the Dynafit Elevation Jacket's raison d'etre. Designed primarily for ski touring, it's a lightweight, superbly breathable bit of kit that regulates body temperature, keeps you warm and protected, and offers exceptional freedom of movement.

The Elevation Jacket integrates Polartec Alpha insulation on the body, shoulders and upper back of the jacket (providing warmth where it's needed) with a lightweight, breathable, stretchy, wind and water resistant Dynastretch nylon fabric on the arms, back and hood.

This hybrid construction makes for a super versatile jacket that can be used for a variety of high output activities in cold conditions. Over the past winter we used the Dynafit Elevation Jacket on a wide range of mountain missions including ski touring, fat biking, munro bagging, trail running, mountain rescue training and even road biking. 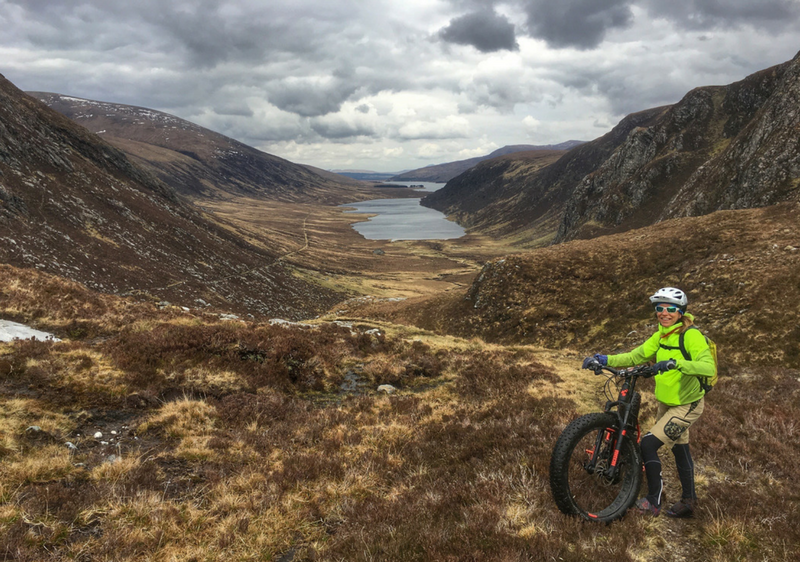 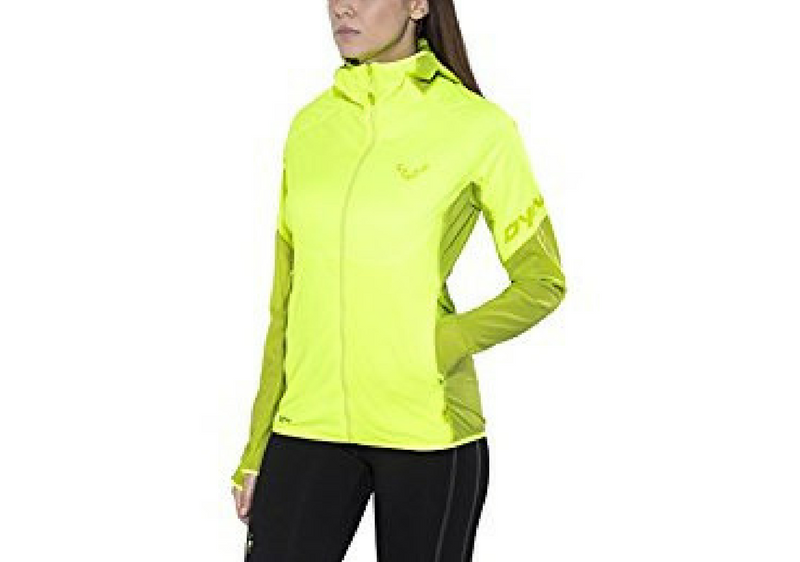 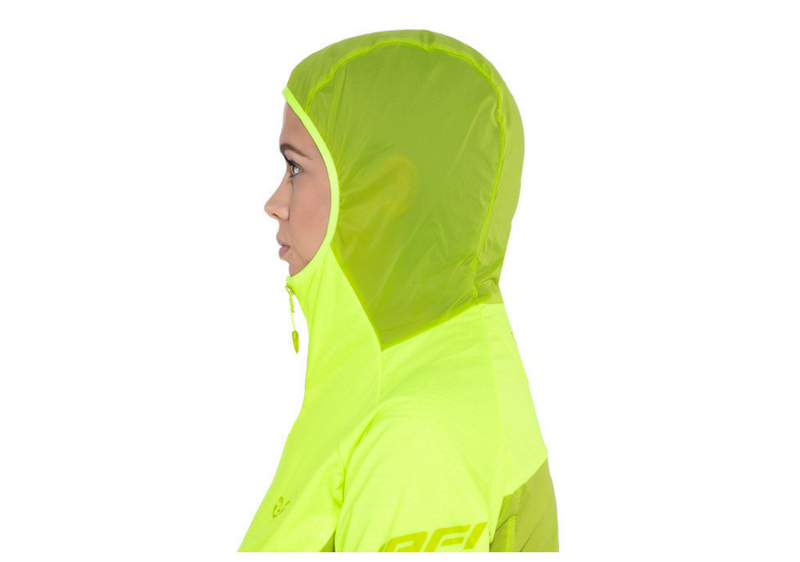 The Dynafit Elevation Jacket Will Get You Noticed

This just in. Wearing highly visible kit is not just about looking good in photos, it's also pretty important from a safety point of view. If the poop hits the pan in the hills and you get lost, injured, benighted etc, then wearing brightly coloured clothing may help rescuers to find you more quickly.

The bright fluro yellow of the Elevation Jacket screams 'look at me' and that's exactly what you're going to need if you get into an emergency situation in the hills. Wearing the hi-vis Elevation on mountain adventures over the past 12 months has provided us with peace of mind that if it did all go to McShitsville, we'd hopefully be located faster than if we were sporting a more dull and sombre jacket that blended in with grass, heather and rocks.

Do everyone a favour and be bold when it comes to outdoor gear colour choice - be bright, dress brightly and Elevate your visibility in the hills. 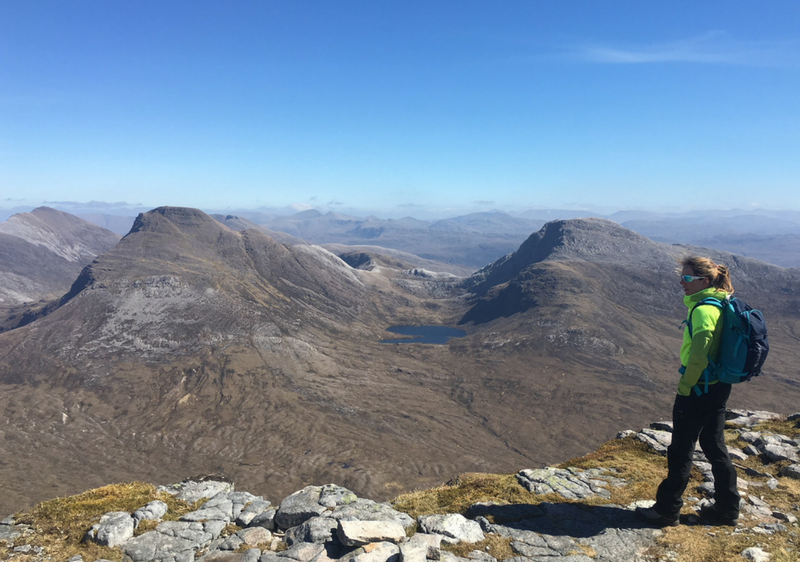 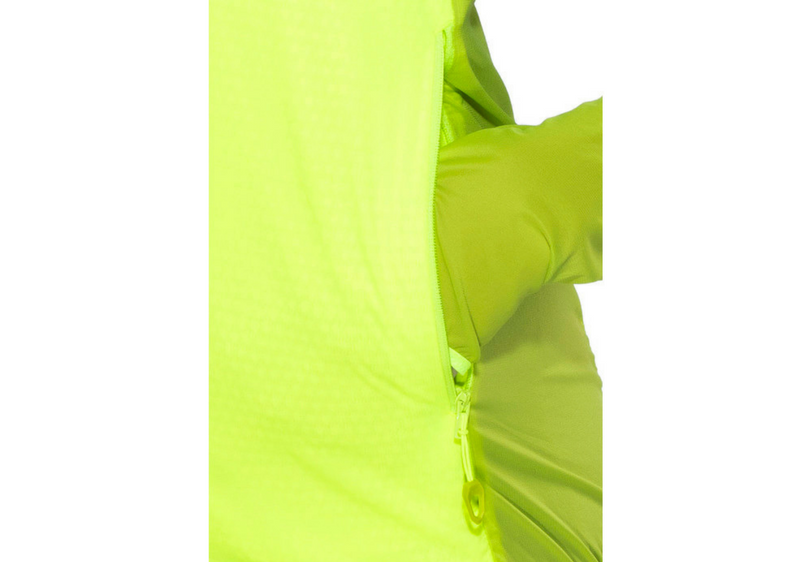 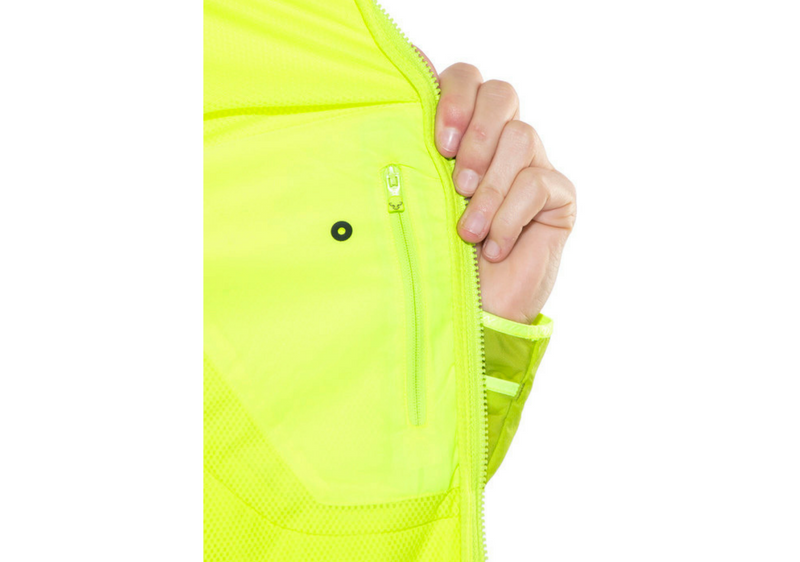 The Dynafit Elevation Jacket Is A Technical Minimalist

Many stripped down, super lightweight jackets can lack a bit when it comes to technical features but not the Dynafit Elevation. Weighing in at 243g in a Women's Medium, the Elevation is undeniably lightweight yet still manages to pack a solid punch when it comes to the essential technical details that you'd expect from a top-level mountain performer.

As a fast and light cold weather jacket, the Elevation is all about efficiency and keeping you moving. When it comes to storage, the two zip pockets on the side of the jacket are large enough to store kit like energy bars, gloves, compass, hat etc so you don't have to stop and faff around with your pack and there's an additional zip interior pocket that's perfect for your smartphone. Other features of note include the integrated thumb loops that lock the jacket in place, keep your wrists warm and stop the sleeves from riding up when your arms are pumping on the ascent. We also particularly liked the fact that the elastic cuffs allow you to push the sleeves up on those rare warmer days when you may need additional ventilation.

It may be built specifically for ski touring but the Dynafit Elevation Polartec Alpha Jacket is a brilliant all-round performer that will work for a variety of high output activities. Wear it as an outer layer for heart pumping vertical adventures on cool days and pair it with a technical shell if the weather turns burly.

A well thought out, innovative, technical, quality layering piece engineered to help you go further, faster, and higher in the backcountry.

Buy this jacket - if you’re into high output winter pursuits up to around 2,000m

Don’t buy this jacket – if you're a sombre slow coach