Designed for uber speedy mountain missions, the Cloudventure Peak is a stripped down, fast and light shoe packed full of the latest in Swiss running technology.

On are like the Apple of the running world.

Innovative and design-led, the Swiss company have built a reputation for producing distinctive and cutting edge performance running shoes since they launched back in 2010 and have now established themselves as the fastest growing running brand on the planet.

Born in the Swiss Alps, On took their first strides into the off-road running market in 2016 with the introduction of the lightweight Cloudventure trail shoe and this year sees the launch of the Cloudventure Peak – a stripped down and ultralight version of the original shoe designed to help you excel in a competitive environment.

The super stylish looking Cloudventure Peak is designed to provide a fast, light and low to the ground ride that will appeal to ambitious runners looking for a performance-focused shoe. 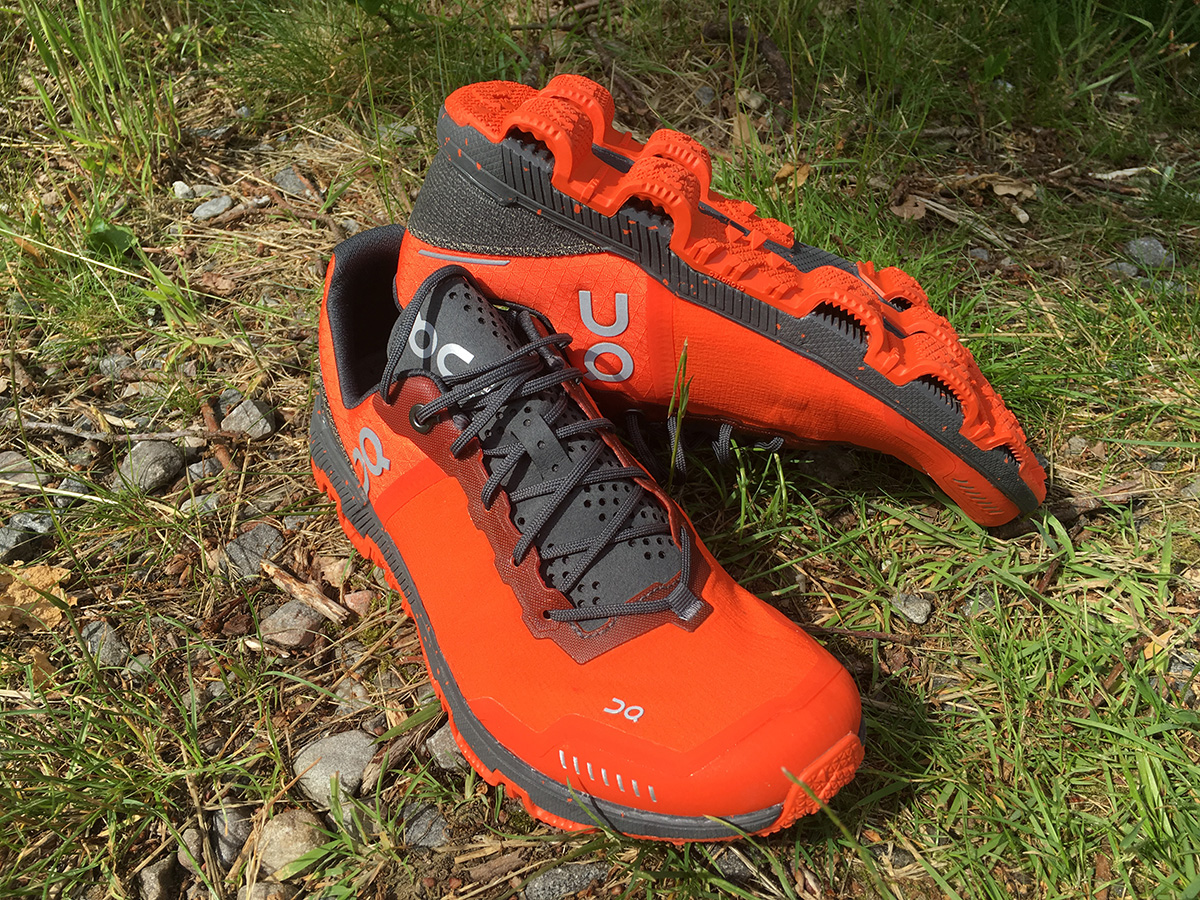 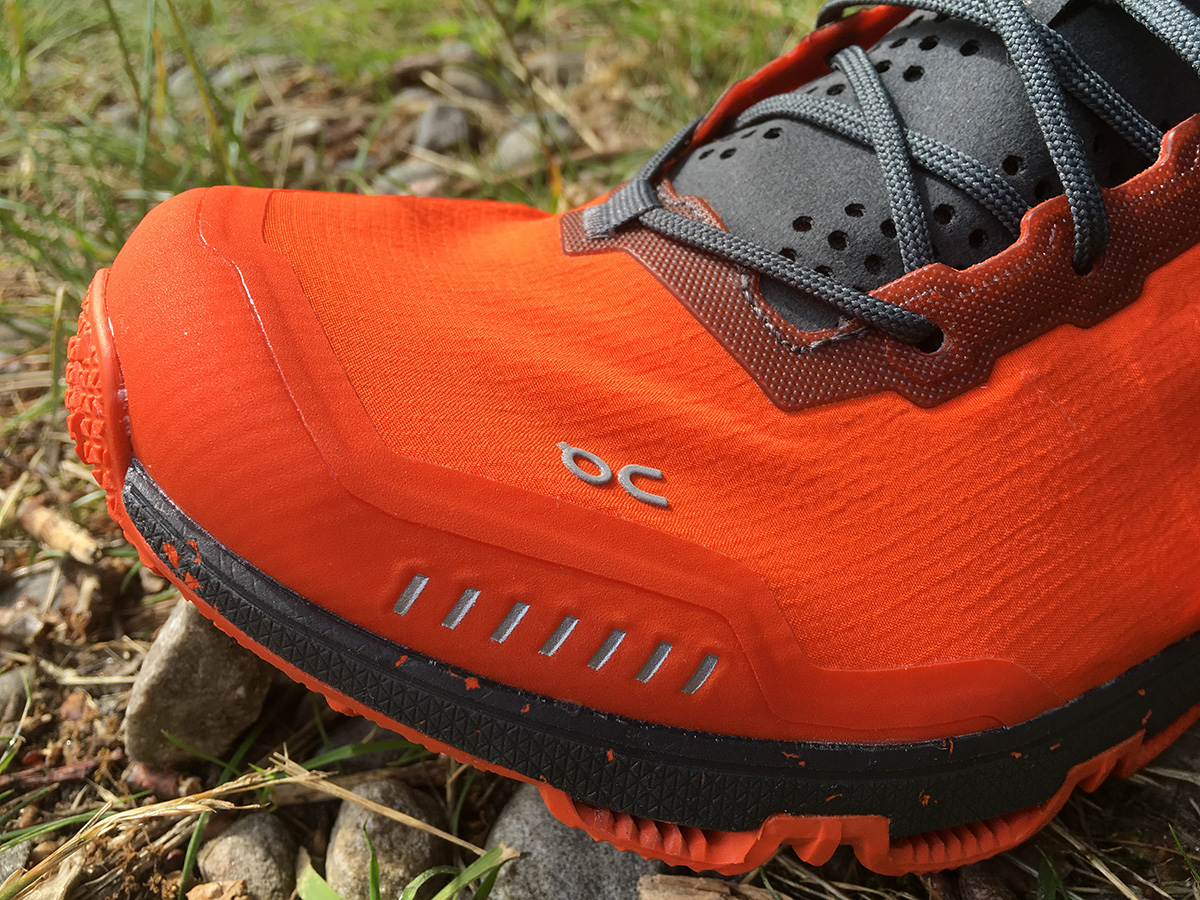 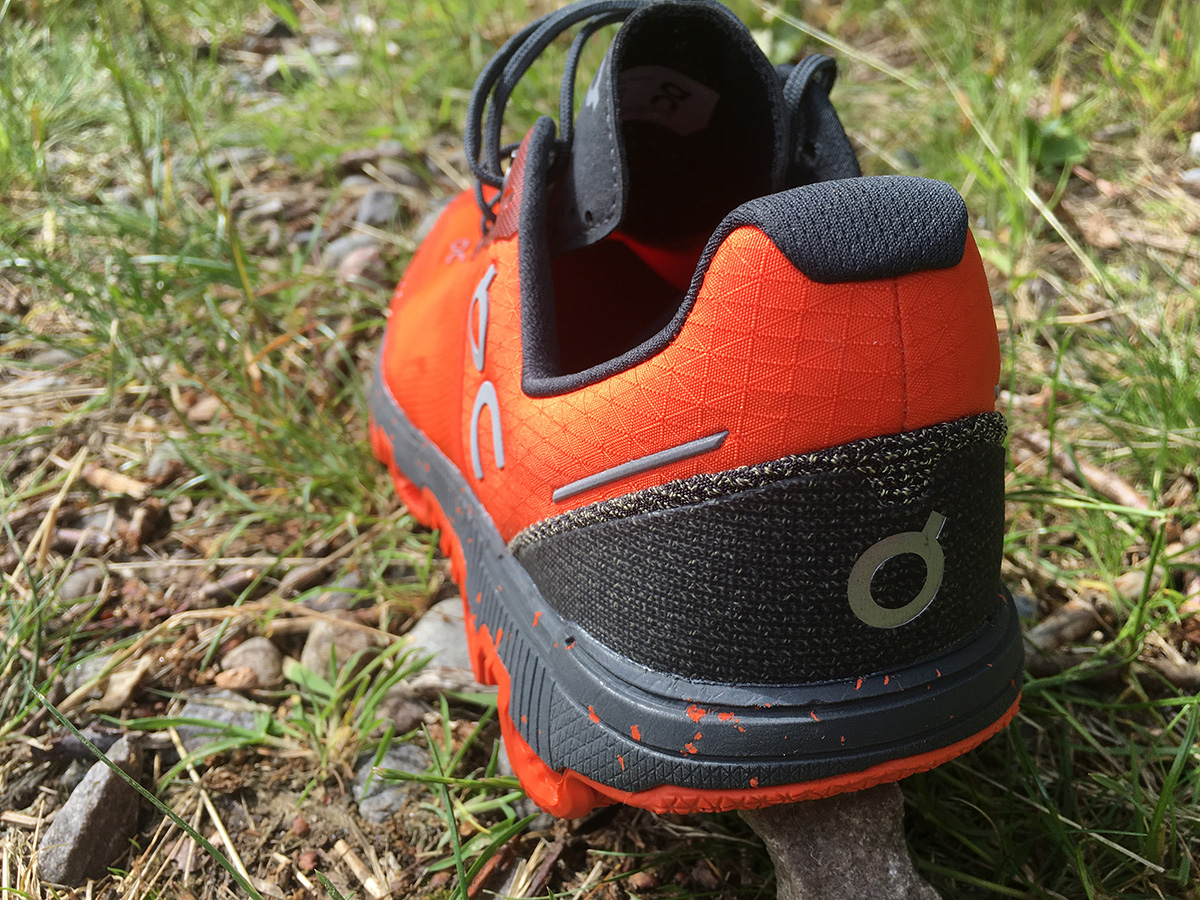 First Impressions – Out of the Box

The first thing you’ll notice is the weight – or lack of it. At just 210g in a UK 5, the Cloudventure Peak is an uber feathery shoe so ideally suited to runners competing in fast/short distance events who are constantly trying to shave grams off their running rig.

The next most impressive feature of the Cloudventure Peak is the distinctive pod-like cushions on the sole of the shoe. This cushioning system, known as Cloudtec, is On’s USP (that’s PR speak for ‘Unique Selling Point’ or ‘thing that makes them different’ to you and I) and features across their range of footwear. Designed to provide cushioning but only when it’s needed, Cloudtec functions much like a MTB with lock-out front suspension forks ie the Cloud pods absorb forces for a soft landing before locking firm to provide a solid foundation for a powerful take-off.

Whilst I think Cloudtec is pretty cool, it annoys the hell out of my mum because the stones that are prone to getting stuck between the pods have a tendency to become unstuck at a later date and deposited inside her house.

Look lively On, you might be a global running giant but you don’t stand a chance against Pretty Gritty’s mama. Sort it.

In terms of fit, the Cloudventure Peak immediately felt at home on my low volume, narrow trotter. I liked how the toe box felt snug on both the ascent and descent. Competition running demands precise foot placement so the Cloudventure Peak is an understandably neat fitting shoe - worth bearing in mind if you’re wider of hoof. 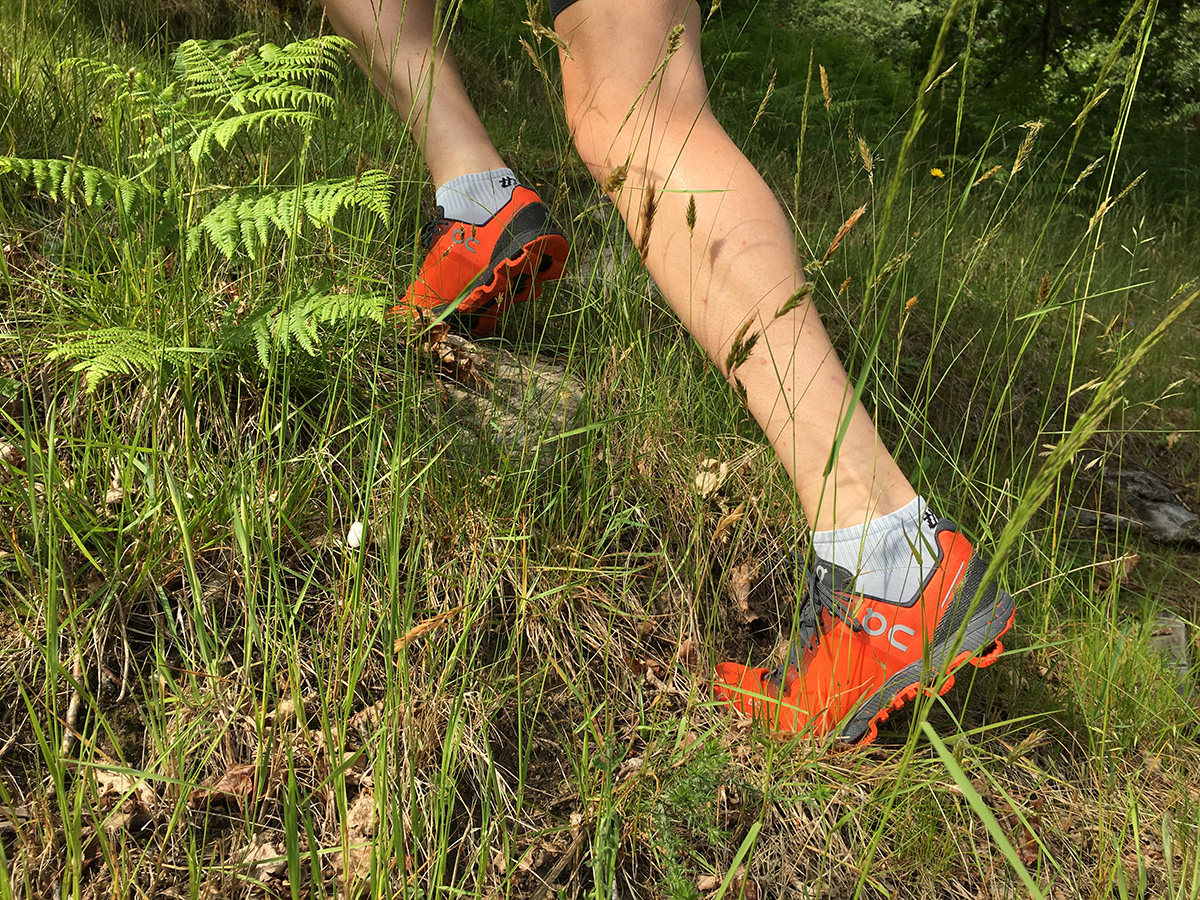 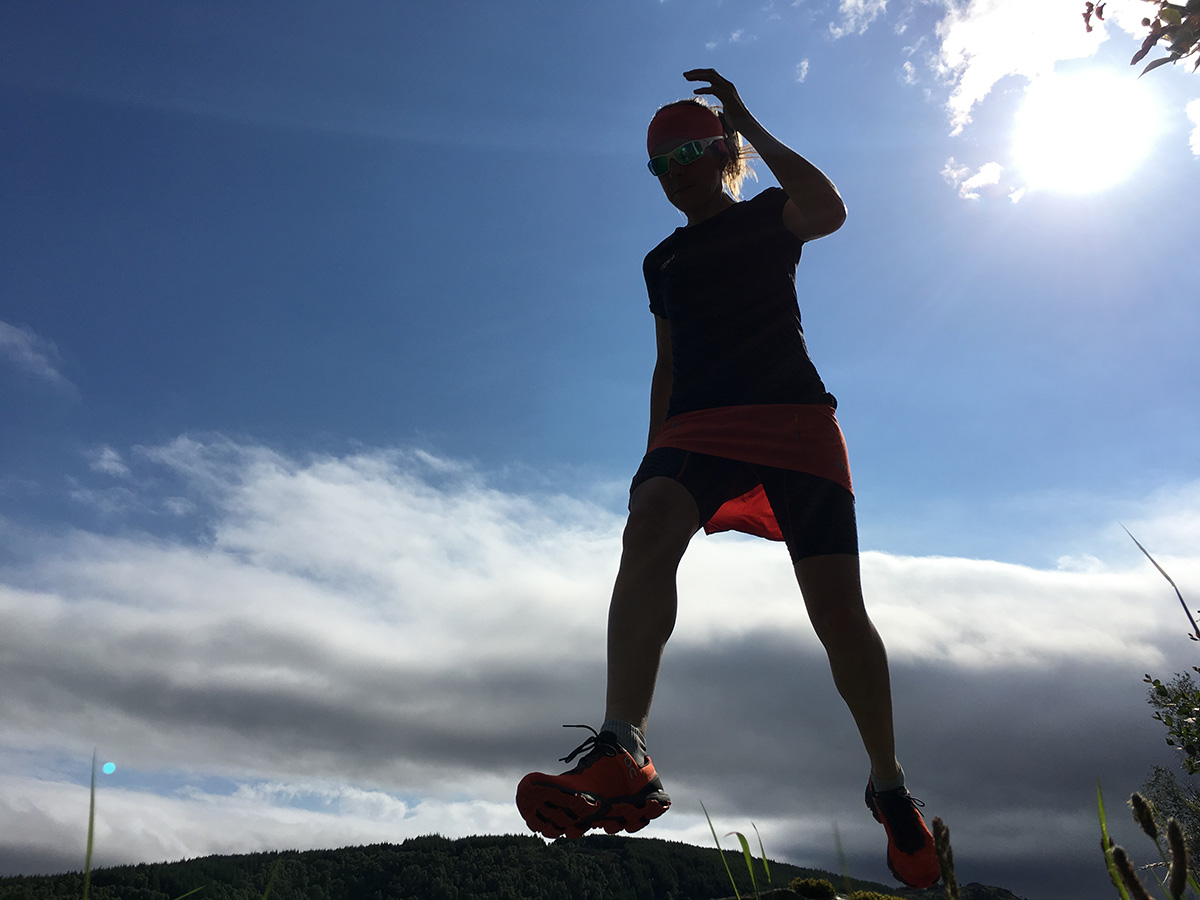 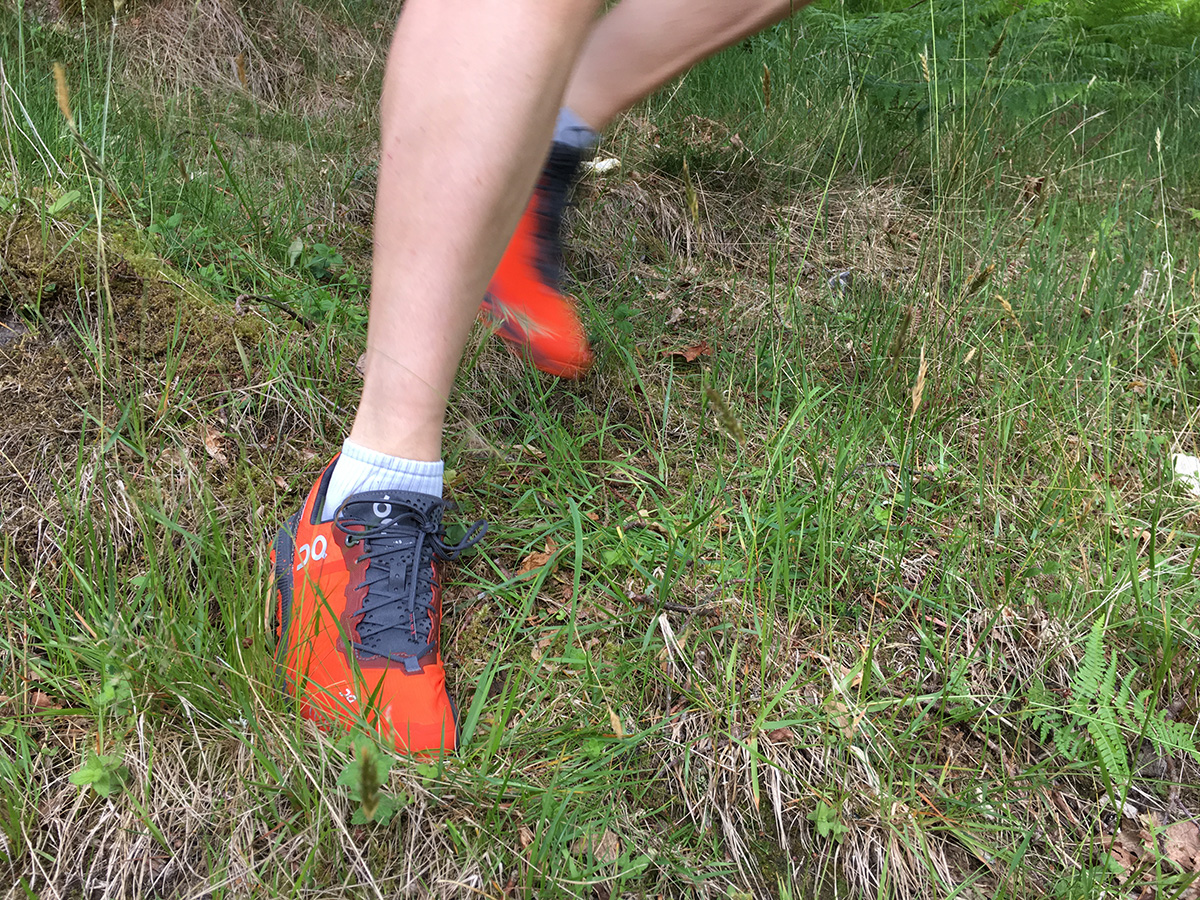 First Impressions – On The Trail

We used the Cloudventure Peaks over a two week period on our local trails in the Highlands of Scotland which gave us a pretty good first impression of the performance and potential of the shoe.

As you’d expect from a Scottish summer, we encountered the full spectrum of conditions from dry, dusty trails to boggy moorland with a bunch of spiky heather and slippery tree roots thrown in for good measure. Considering the Cloudventure Peak’s rather slick heritage, we were pleasantly surprised how they stood up to the McChallenge.

Whilst a fast and light shoe designed in the Alps is ultimately going to be aimed at those travelling in predominantly hard, rocky, rugged terrain, the Cloudventure Peak delivered above average traction in both wet and dry conditions thanks to On’s micro-engineered 4-level grip profile. Sticky, deep mud and bogs will probably be a step too far for the Cloudventure Peaks but for runs in mixed terrain, they’re definitely an impressive off-road performer.

Protection-wise, they’re as well equipped as a stripped down Swiss Army knife, incorporating high quality bare essentials. The superlight tight weave on the ripstop mesh upper simultaneously allowed the foot to breathe whilst doing an excellent job of keeping out the spikiest of roots and twigs. The protective heel and toe caps also helped to keep the most determined of Scottish terrain at bay.

The low-to-the-ground, 6mm drop profile of the Cloudventure Peak meant we could really feel the trail underfoot but where we noticed the greatest improvement in performance was during hill intervals. These sessions felt more fluid than we have become accustomed to in other vertically-oriented shoes which may be down to On’s integrated Speedboard technology. Designed to help you mimic the explosive stride and forward motion of pro runners and propel you ever upwards towards the finish line, Speedboard might sound like an item on the top of your teenage nephew’s Xmas list but it seems like it’s actually a pretty legitimate development in running technology. All that remains is for Kilian Jornet to share around a bit of his superhuman athletic capabilities and fitness levels and we’re good to go!

For such a lightweight, feel-oriented shoe, the Cloudventure Peak’s underfoot cushioning is immediately palpable and definitely comes into play when you’re hooning downhill at speed but it’s unlikely to offer sufficient levels of support for ultra long distances or injury-prone runners. It’s worth noting that we have yet to take the shoes on any 15k+ adventures as we believe they are best suited to short, fast bursts of vertical play.

The Cloudventure Peak combines design with performance in a unique and legitimate off road package that looks as good wearing around town as it does on the hill. At £125, it’s a high-end shoe with a surprising low price point compared to other premium offerings from the likes of Salomon and La Sportiva etc. Only time will reveal whether it has the beef and durability to deal with the demands of the trail long term but it has responded exceptionally well thus far. 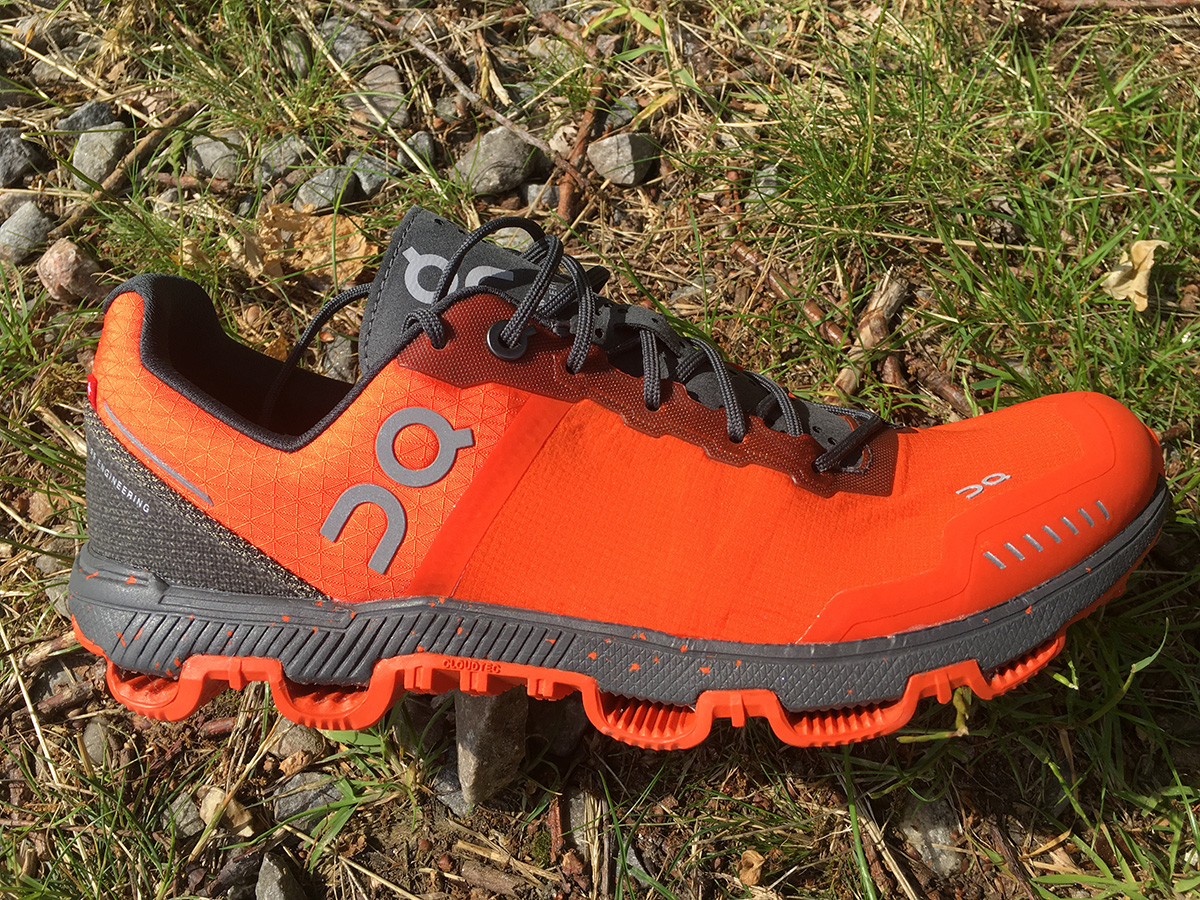 Buy this shoe - if you’re looking for a nimble, speedy shoe that will help you reach the finish line or the summit faster.
If you buy this shoe – you’re going to draw attention to yourself. The Cloudventure Peak’s motto is ‘I reach places others cannot’. Make sure you can carry this off.
Don’t buy this shoe – if you’ve got wide feet or are prone to injury and need a more cushioned ride.